Drama Children’s of Ocean brings alive memories of past 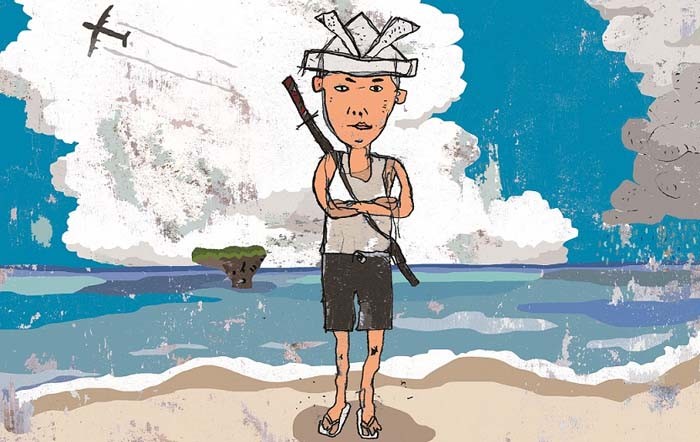 Chong Wishing, a playwright and Japanese-resident Korean writer, is the creator of the drama that tells a story about memories of people when they were young on a beach. “We became old, however, we still remember when we were young and what happened in the summer. There was you under the sun…”

The drama is a little funny and a fantasy show and, at the same time, a little sad and maybe scary, too. During the show, the audience may be thrown back in time when they were little.

Everyone regardless of nationality can enjoy the show as there is no dialogue to understand. The cast of drama includes two Japanese pantomime actors, a Korean dancer and a sanshin player.

The Okinawa National Theatre is located at 4-14-1 Jitchaku, Urasoe City.

Tickets to the show are ¥2,800 for adults and ¥1,500 for children under 18 in advance. The cost at door is ¥3,300 and ¥2,000 respectively. The tickets are available at Ryubo Department Store 8F ticket counter, Co-op Apre, Okinawa National Theater, and on website (Japanese).

Japan Update has a pair of free tickets to each show. Contact us via email or send us a message on Facebook.