Okinawa has beautiful beaches, unique heritage and culture, but 71 years ago the Pacific War ravaged the island. It was scary.

June 23, 1945, is the day the Pacific War ended, and that day is now the “Okinawa Memorial Day” called “Irei no hi.” The day is declared a holiday in Okinawa Prefecture “because we must not forget about the war.” 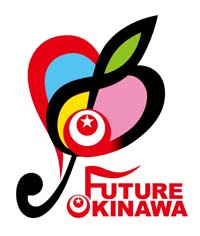 Local schools now provide education on various aspects of the war, and we still can hear how horrible experience the war was from people who actually lived through it. We have an opportunity to think how important it is to have peace, and how peaceful life it is now.

But we still have issues, such as territorial disputes and the U.S. military bases, but we think, the first step towards lasting peace should be to get to know each other. We would like to hear what peace means to you, share our thinking, and think of our future together. Age, sex, culture or religion doesn’t matter. The goal of this event is to get people recognize and think about FUTURE.

The Pacific War was pure hell. Okinawa’s cultural assets and nature were utterly destroyed by the Pacific War. Okinawan people were in the middle of the ground battle, and about 200,000 people died; 94,000 of them were Okinawan civilians and children.

In 1991, the Okinawa Prefectural Government edict declared the “Okinawa Memorial Day” as an Okinawan public holiday, and most offices and schools in the prefecture still take a day off on June 23rd.

June 23rd is an unforgettable Okinawan public holiday. On that special day, we have been thinking of peace every year, but still really don’t know what peace is. Instead we should start thinking more about “Future,” start changing “Peace” to “Future” from now on. How can we create a peaceful future….”Okinawa Memorial Day” is the “FUTURE”.

How can we communicate with foreigners? Nowadays, there are low-cost airlines connecting Okinawa to Taiwan, China and other places; therefore, many people come to visit Okinawa. Last year 7.16 million people came, the most ever.

In the past, we had a chance to communicate mostly with American overseas visitors, but now there is an opportunity to communicate with people from many different countries. And not only tourists, but there are many foreigners who have resided on Okinawa for a long time, and who would be a valuable human resource.

According to Okinawa Prefecture Department of Labor, as of October 2014, 889 companies in Okinawa Prefecture had foreign workers. This is the highest number on record. Of those, 660 were Chinese, the largest group of Asians, followed by 561 Nepalese, and 547 people from the Philippines. There are also 174 Korean,164 Vietnamese, 62 Peruvian, and 32 Brazilian nationals working in the prefecture. People from Australia and New Zealand total 710, 446 are American and 85 British. They work at different professions, such as in education (660), hotels and restaurants (510), service businesses (453), and wholesale and retail businesses (345).

What “Future Okinawa” is

“Future Okinawa” is an international event. Okinawa has a saying “Icharibacho-de-”. It means, “People who meet become close like brothers and sister.” Even though you meet someone just once, you already feel like brothers or sisters. You might not understand this, or feel uncomfortable, but this is Okinawan culture. Age, sex, background or religion does not matter. This event’s goal is to get people know and think of FUTURE.

Now, let’s think about what peace means, and make international friendship exchange on the Peace Memorial Day and in Okinawa.

Future Okinawa event takes place on Jun. 23, the Okinawa Peace Memorial Day at Live House MOD’S in American Village, Mihama, Chatan from 17:00 to 22:00. Admission to the event is free.

Musicians Neysa, Kachimba Quatro, Yui Sakihama and IVAN provide live entertainment at the event, which is organized by The Future Okinawa Organization. For more information, call 098-989-0282