Okinawa City’s Koza Music Town Sound Market is the venue for local veteran musicians and young performers to gather together at the Japan’s City of Rock’n Roll, Koza, on the Rock Day, June 9th.

The day takes its name as figure ‘6’ is ‘roku’ in Japanese, and sounds close enough to “rock” in English, and number ‘9’ is pronounced as ‘kyu’ or ‘ku’ in Japanese.  So, June 9th becomes in Japanese ears the same as ‘rock’.

There used to be many live houses in former Koza City where aspiring musicians played rock’n roll and produced rock musicians that gained fane throughout the nation, such as the legendary Okinawan rock band ‘Murasaki’.  On the rock day of June 9th, a total of eleven groups with players from the younger ones to seniors are slated to show their stuff at Koza Music Town Sound Market.

The event takes place on Tuesday, June 6th starting at 19:00 with the doors opening 30 minutes earlier. The venue is located on the third floor of the Koza Music Town Sound Market at 1-1-1, Uechi, Okinawa City. Tickets cost ¥2,000 in advance and ¥2,500 at door. 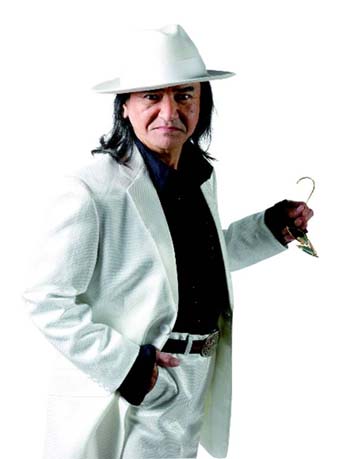