Land-locked Haebaru’s name is quite special

Haebaru Town is the only municipality on Okinawa that doesn’t face the ocean, being land-locked and surrounded by six other cities and towns immediately southeast of Naha City.

Its name has a tropical – and a bit romantic — meaning: “A rich land where a southern wind blows”.  The name implies and reiterates the rich nature and traditional culture the town has to offer.

Being located next to Naha City, the capital of the prefecture and best known to tourists, Haebaru might be seen rather uninteresting and even dull most of the time, which is a shame because the town has much to offer. There are various approaches to enjoying the town. One is exploring the Kasuri Road where there is opportunity to learn everything there needs to be known about Ryukyu Kasuri and Hanaori textiles. Haebaru is widely known for production of such textiles.

Another approach is to learn more about the Battle of Okinawa and the importance of peace. During the Battle of Okinawa, an Army Hospital was built in Haebaru and the site still remains with many detailed items and various files of the history of Okinawa. Many visitors many groups and individuals visit the site.

If you are interested in anime, or more specifically; Ultraman. Haebaru, is the hometown of the main writer of the first Ultraman series Tetsuo Kinjo, who wrote Ultra-Q, Ultraman and Ultra Seven. Although his sudden death came at the young age of 37, his legacy still remains and can be seen in the Tetsuo Kinjo Museum.

Another interesting character of the town is Flying Asato (Tobi Asato). Way before the Wright Brothers came along, in the 18th Century and Ryukyu Kingdom Era there was someone who was able to fly with his own strength and never gave up on his dream of flying. Haebaru is the hometown of Tobi Asato, and is said that he flew from what is the currently Tsukazan Elementary School to the Haebaru Town Hall, some 150-200 meters. A replica of the “wings” he used can be seen on a hill near the Okinawa Toubu Fire Station. (http://www.town.haebaru.lg.jp.e.ih.hp.transer.com/kankou/docs-kankou/2013030500103/)

Also known to be highly rich in tradition and culture, Haebaru holds tug-of-war festivals in 10 of its districts in the summertime. It may not be as showy or done on a great scale as in some other places, but they are sure to give the spectators an authentic experience. Every year in early August a Haebaru Town District Tug-of-War Tour is scheduled. For accurate dates, please contact the Haebaru Tourism Association at (098) 851-7273. 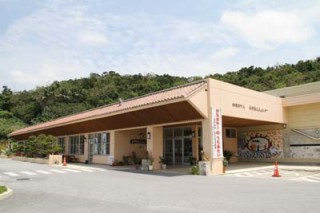 The Haebaru Culture Center has files of Haebaru Town and Okinawa history and exhibitions concerning the Battle of Okinawa. The center has four main exhibitions; “Haebaru during the Battle of Okinawa”, where there are relics, surgery beds and other objects, which take you back, and give you a real feel of the war. There is also “Post War; starting from zero”, where there are documents of government and social movements, plus the strength of the citizens to rebuild the city. Another exhibition is “Emigration”, showing the history of residents who emigrated to Hawaii, North America, Peru, Brazil, Argentina and Bolivia. The last exhibition is “Daily Life”, where there are items of how people lived after the war and hand made items they made to get by. The center is open from 9 a.m. to 6 p.m., closed on Wednesdays and from Dec. 29th to Jan. 3rd. Admission is ¥300 for adults, ¥200 for junior and high school students and ¥150 for elementary school students. map: http://goo.gl/maps/puXYV

Haebaru Town is famous for its Ryukyu Kasuri (traditional textiles of splashed patterns). Surrounding the Ryukyu Kasuri Hall, there are many workshops, ateliers and thread weaving workshops that make the Kasuri Road fun for many to experience and the town of textile Haebaru. http://goo.gl/maps/FSJwP 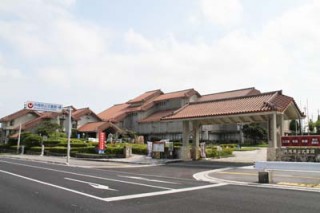 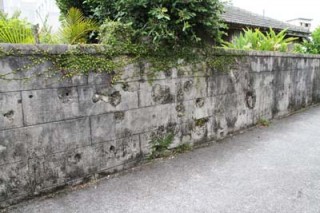 During the Battle of Okinawa, heavy fighting occurred at a key junction from Shuri to the southern part of Okinawa between the evacuating Japanese military who were pursued by the U.S military. This key junction is now in the current Haebaru Town and there is evidence to see the intense fighting, which took place here, on the stone wall of this house in Tsukazan. Location: http://goo.gl/maps/vYAyP

Miyagusuku Park is a great spot to spend a relaxing time, and for the kids to go wild. The park has recreational objects made of wood, a sand box and other fun play equipment for children of all ages. The park also makes a great picnic spot with a view of Haebaru streets. The park is filled with trees, making it also a perfect place for a walk in the hot summer of Okinawa. Location: http://goo.gl/maps/6WkSu

Since its renewal opening, Motobu Park has been transformed into one of the most enjoyable parks in Okinawa. In the park there is a huge playground called the Vegetable Kingdom Chinkuwa Land, which is like an obstacle course for children, where they will surely lose track of time while enjoying to the fullest. The view from the park is also breathtaking. For a fee, there are also facilities  to rent, such as a multipurpose space, baseball field and softball field, ground golf, soccer field and more. Location: http://goo.gl/maps/rCVEe 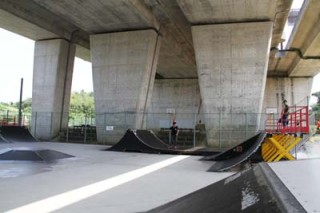 The Haebaru Daikairou Park was realized by youngsters who skateboarded on the parking space under the expressway. At the time, these local skateboarders were in still high school when they made a direct appeal to the Haebaru Town Mayor asking for a park. To make this park a reality, a signature-collecting campaign was held and the students also coordinated other things as well.

Now, it is Okinawa’s top class skateboard park where skaters not only from in and out of Okinawa visit, but they also receive many visitors from abroad. Since it’s under the bridge, there is a merit to be able to skate even in rain, plus with the strong Okinawan sunshine, this place is under the shade all day long. Also, since the park is equipped with lights, many skaters use the park from evening to nighttime. The park has also tennis courts, a futsal court, gateball court, making it a park for people of all ages to use and enjoy. 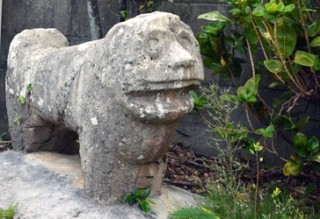 There are two stone shisa in the Haebaru’s Teruya district facing Motobu in the same town. Also, there are two similar shisa in Motobu facing east towards Haebaru. All of the four statues are said to have been erected to return malevolency allegedly caused by the opposing districts. According to the story, the people from Teruya mistakenly thought the lions were meant to face their area, which is why they placed their own two shisa facing Motobu. As the story goes, these two districts often had conflicts concerning water supply, which makes the shisa history very interesting. The shisa are located at http://goo.gl/maps/eSIYd