Musicians, artisans and artists from India are appearing at the Naha International Airport Domestic Terminal this weekend as the Okinawa-India Friendship Association celebrates its 10th anniversary.

The relationship between Japan and India dates even farther, back 60 years to the founding of diplomatic relations between the two countries.   Indian culture will be commemorated with art and Indian living, starting at the airport Saturday afternoon. 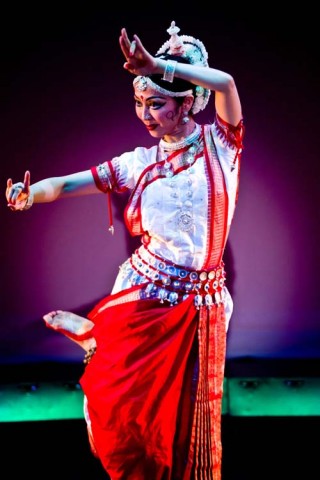 Okinawa City.  As with Saturday, the association will feature two stages, one beginning at 1 p.m. and a second at 4 p.m.  Each will have speeches, Indian classical dance, Indian classical martial arts performance and photo sessions.

The martial arts performances, Kalaripayattu, date back centuries to Kerala, India.  The word Kalaripayattu is a combination of two words in Malayalam, Kalari and Payattu, with Kalari meaning ‘combat school’ and Paayattu meaning ‘battle using various weapons’.  Kalaripayattu is a dangerous martial art performed with a strained feeling of tension using weapons.  It is intended to train both body and mind, and uses methods that control the body by restraining both the heart and mind, and controlling the heart and mind by restraining the body.