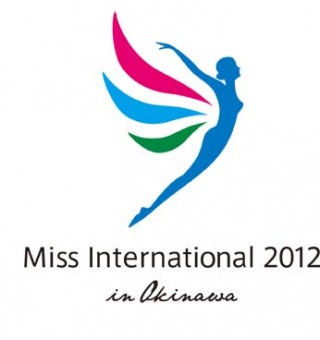 One of the longest running beauty pageants in the world is making its second appearance in Okinawa in October, bringing 80 young ladies to the stage for the Miss International pageant.

Developed on a par with the Miss Universe and Miss World pageants, Miss International is organized by the International Cultural Association Japan.  This marks the 52nd pageant since Miss International was founded in Long Beach, California in 1960.  Equally exciting for contestants this year, it marks a return to Okinawa for the three weeks of pageantry events.

Miss International was first held in Okinawa in 1975, linked to the International Ocean Exposition.  This year’s return is in conjunction with the 40thanniversary of the reversion of Okinawa to Japan.  Miss International became a Japan-sponsored pageant in 1968, and has run continuously since, bringing together “Goodwill Ambassadors of Beauty” representing some 80 countries and regions.

This year’s pageant, while continuing the international cultural exchange themes, takes a step further, promoting Okinawa.  The series of events are being coordinated by Okinawa agencies,
the Foreign Ministry, Japan Cabinet offices and the Japan Tourism Agency.  As a government of Japan sponsored event, numerous foreign dignitaries and state visitors, as well as ambassadors, will be invited to Okinawa.

From October 1st through 20th, the pageant contestants will be visiting many places across Okinawa, participating in major cultural events including the Naha Festival and great tug-of-war, and the World Eisa Festival.  They’ll also visit the island’s most prominent tourism and cultural spots, including Peace Memorial Park, remote islands and local schools.

October 2nd the contestants visit Shuri Castle Park, where they’ll eat, walk around and take ceremonial pictures at 6 p.m.  October 6th all 80 girls will join the Naha Festival Parade.  Okinawa’s governor, Hirokazu Nakaima, will host a reception for
the contestants at the Bankoku Shinryu-kan in the Busena Hotel on October 20th.

The pageant caps October 21st with the pageant finals at the Okinawa Budokan.  Some 2,200 are expected to witness the pageant ceremonies starting at 5 p.m.  Some 150 Ambassadors from countries with Embassies in Japan will be attending.  Participants will share national costume competition, bathing suit competition, dress competition a Kariyushi wear competition and other events.

This year’s pageant marks a new judging system, where the jury judges the girls on everything from creativity and ability to communication, expressiveness and
knowledge and cultivation.

Maria Fernanda Cornejo, the reigning Miss International and the 2011 Miss Equador, will pass the crown to this year’s winner.