Smartphone users now have an opportunity to be even smarter, signing on to a new phone application being offered by Nippon Telegraph and Telephone Corporation, Japan’s largest telecommunications company. 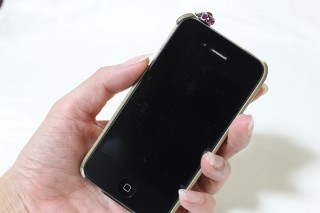 NTT is introducing 050Plus for smartphones, a versatile application that provides a combination of free and low cost call charges to both landline telephones and mobile phones. NTT is offering a two-month free trial as it introduces the new 050Plus mobile application that allows smartphones to be used to make both domestic and international calls without it costing a fortune. After the trial period, there is a basic charge of just ¥315 per month for the app.

The new 050Plus offers low per minute rates around-the-clock, seven days a week, besting plans offered by others that have restrictions that sometimes even make costs higher. The 050Plus subscriber can make and receive calls to other 050Plus users and area codes 050 absolutely free. This feature, notes NTT, is particularly useful for businesses using the 050 area code. Businesses with 050 VoIP numbers are registered at http://www.ocn.ne.jp/voip/ phone/service2/ and can be reached for free when using the 050plus app.

Charges to landlines and other mobiles are inexpensive. When using 050Plus, calls to 050Plus users are free, while phone calls to other mobile phones are ¥16.8 per minute, and landline calls are only ¥8.4 per three minutes. Calls to the United States using 050Plus are only ¥9 per minute. Calls from the U.S. to Japan are the same rate as a local phone call in Japan.

The 050Plus application works with both Windows and the Apple PC. As long as the PC is connected to the internet, the 050Plus app works fine. A free voicemail feature is included in the app, in the form of a 050phone number where voicemails can be left. When the 050Plus is not active, callers can leave a message that is forwarded as an email to the receiver. NTT notes missed call notifications are also sent, so the app doesn’t have to be on at all times for users to be reached, a move that saves battery power.

The app can be downloaded from http://050plus.com/r/plsus/ or through the QR code in the NTT ad below.

Top 5 most popular stories in [ Technology ]