Editor’s Note: Okinawa’s beautiful southern islands are being showcased in Japan Update each week. This week, tag along on a visit to the country’s westernmost island, Yonaguni.
Yonaguni island is the most western piece of land in Japan; it’s also an island blessed with an abundance of coral, and offers dynamic, breathtaking views that have led to the island being called a coral kingdom. Because of its solitary location far away from other islands it has always been considered somewhat mysterious. 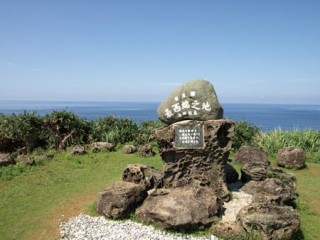 The coral on Yonaguni has been pushed up from the sea over millenia, making it a sight to see. The distance to Yonaguni from Ishigaki Island is 117km, and to Taiwan slightly less 111km, a good reason people say Yonaguni is the border island of the nations. Mountains of Taiwan are visible from Yonaguni throughout the year when the air is clear.

In the past, Yonaguni was a difficult place to reach. When the weather conditions are bad, tthey call it “Donan” which means a place heavy to get across and reach. Now, with today’s aircraft, it’s easily accessible. It takes 1½ hours from Naha airport to Yonaguni airport. The island shape is sideways and looks like a sweet potato.

Yonaguni island is famous for diving. You can watch the Hammerhead sharks in the ocean, and also visit the relics of the ancient time underwater. The relics on the bottom of the sea were discovered in 1986 look to be involving some drains, ditches and steps, and some archaeologists are saying it could be the change in the history of human beings, while others argue it’s a natural formation. The relic on the bottom of the sea is about a 25-meter deep, and huge numbers of divers from around the world come to dive the site. 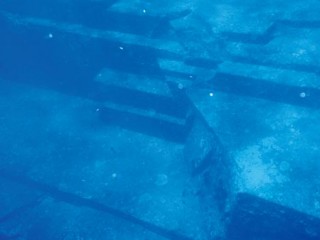 The rock with human face

Another sightseeing spot is the rock called “Jinmen-iwa”, meaning the rock looks like a human face. It is still in mysterious, and nobody knows if it is nature made or by humans. It is a huge rock that was found at a hill called Arakawabana in 2002. It is 2m high, 3.5m wide and 3m deep. A lot of visitors take a hike to the hill to see the rock. 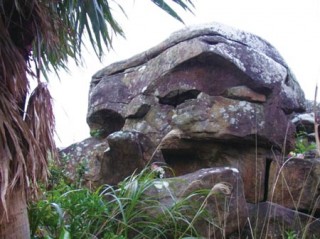 The final sunset of Japan.